A few things need to be said about the process of creating the IPCC report, before we can even get into its content.

First, there is a crazy amount of research that went into this report. Just thinking about all the thousands (maybe millions) of hours that went into the research and writing of this thing overwhelms me. The report, by the numbers:

And at the end, the final summary must be approved by all UN member nations. Yes, policymakers from all around the world get their say here. They can’t change the underlying science but they can argue about the exact wording as well as what goes into the summary itself.

This brings up one of the biggest concerns about the report: because it is a consensus document, its conclusions are the lowest common denominator that all parties will agree to. That means they lean, sometimes heavily, on the conservative side. The high-end estimates – in many ways, the ones we should be paying the most attention to – aren’t included in the summary.

So, with that in mind, what does this consensus-based, conservative, massively-researched report tell us?

Back in the last report in 2007, the IPCC said it was very likely that humans were the primary cause of warming. Now they say it’s extremely likely that it’s us. To put “extremely likely” into numbers, that means between 95-99% sure, about as sure as scientists are that smoking causes cancer. ‘Nuff said.

Big tobacco companies used to argue that there was no scientific evidence of a link between smoking and tobacco, long after the evidence was in. Now we know: smoking causes cancer, just like massive human emissions of CO2 cause climate change.

2. There’s been a pause in global warming. And we’re not really sure what caused it.

I’m not going to gloss over this one – this is something climate scientists are definitely struggling with. The 2000’s were the warmest decade on record, but we didn’t see a warming trend throughout that decade as scientists would have predicted. Some possibilities why:

– Natural variability. Essentially, there’s random chaos inherent in the climate system that gives us ups and downs along our trajectory toward a warmer world. Those bumps have been thought to be limited to periods of 5-10 years and this “hiatus” is now approaching 15 years, so we will soon see if warming will increase again.

– The ocean has been doing more than its fair share. Little known fact: Over 90% of the heat trapped by human-made greenhouse gases goes into the ocean. And it’s been definitely getting warmer over this time period. A slight increase in heat going into the ocean has big impacts for the surface air temperature that we feel.

This is a big one. Despite slightly lower climate sensitivity, the impacts of climate change are already happening and are going to get worse. This includes heat waves, melting sea ice, sea level rise and both droughts and floods. We’ll learn more about this when the report by IPCC Working Group II, “Impacts, Adaptation and Vulnerability,” comes out next March.

4. If we want to stay below a global temperature increase of 2ºC, which is an agreed-upon targeting for limiting dangerous climate change, we’ve already used about two-thirds of our carbon budget.

Hooray for the IPCC for talking about a total carbon budget for humanity! Maybe they learned something from Bill McKibben and his Do the Math tour. It’s simple numbers: We’ve got about 800 GtC (that’s gigatons of carbon, plus other greenhouse gases translated into carbon equivalent) available if we want to limit warming to less than 2ºC. Here’s the key: We’ve already used up over 500 Gt of it. 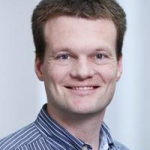 Reto Knutti, ACE Science Advisory Board member, Professor of Climate Physics at a leading institute in Zurich, ETH, and Coordinating Lead Author of the 5th IPCC report, said in an interview with ETH Life that he considers this limited carbon budget to be the most important finding of the report:

“The total CO2 budget that humans are permitted to emit is limited. We have already used up two-thirds of it if we are to achieve the 2-degree target. The earlier we drastically reduce our emissions, the more freedom of action we give to later generations. The longer we wait before taking action, the more difficult it will become.”

It’s only a question of time: Whether we choose to act in 5 years or not until 50 years will set the stage for the climate of our planet for generations to come.

Youth Activists You Should Know: Introducing the Youth Advisory Board

Signed on August 16, 2022, the Inflation Reduction Act (IRA) is one of the largest bills to be passed, shining light on issues occurring in the country focusing on three main areas: health care, taxes, and clean energy. This bill is a huge stepping stone that will help the United States move forward in reaching crucial climate goals.

ACE INTERVIEW: A Deep Dive with Aaditi Lele and her Climate Justice Activism

Aaditi Lele (she/her) is an inspiring young climate justice activist making strides with her advocacy at Vanderbilt University. Aaditi is currently the Research & Policy Communications Lead at Zero Hour, a News Editor with the Vanderbilt Hustler, and a Fossil Free 5 campaign member. Her work has been featured by The Washington Post, CNN, and more.