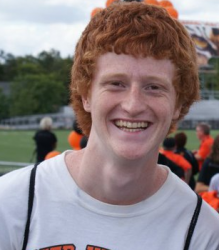 Written by Jonny Behrens, a senior at Wheaton Warrenville South High, who loves to motivate others to join the “Green Revolution”!

Fast-forward time one million years from now, how does it look compared to today? Chances are, humans are long gone and our footprint on the earth is slowly diminishing. Yet, there is a white, lightweight, container, still flying around. What is it? Styrofoam.

Polystyrene foam (better known as Styrofoam) is a monstrous invention of humanity. Why? It is one of very few materials that NEVER ever – yes that’s right – never, decomposes. While it may take a plastic bottle 450 years to decompose and a glass bottle 1 million, Styrofoam stays strong and doesn’t give in to the elements of nature, ever.

The evident issue of Styrofoam is its lasting impact it has on the surrounding environment. It adds to landfills, and easily flies away and pollutes our seas and chokes animals. The plague never goes away.

To make matters worse, the US National Toxicology Report recently deemed styrene (the main component of Styrofoam) a possible carcinogen (cancer causing agent). “The presence of styrene in packaged foods is due primarily to leaching of monomer from polystyrene containers (Howard 1989, ATSDR 2010)”. It’s time for action.

So what’s the solution then? Recycling? The unfortunate answer is no. It is cheaper to create new Styrofoam (the cheap cost keeps our society addicted) than to ship, process, and recycle the Styrofoam waste. Although a few communities have recycling programs in place for Styrofoam, the recycling opportunities are actually decreasing as more and more of the country’s recycling programs deny Styrofoam.

Yet, the issue of recycling is at the base of the solution. How? With no other reasonable options, it is in our best interest as society to phase out the 50 year old Styrofoam packaging. This will reduce all the problems discussed before and even reduce our use of petroleum since Styrofoam is produced through petroleum.

The time has come, and a new revolution is brewing! Over 100 cities and communities in the USA have started to ban the use of Styrofoam (50 of which are in California alone). There are numerous alternatives we can pursue instead of Styrofoam. 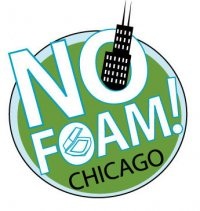 As a resident living in a suburb of Chicago, I have been an active intern for a group based in the city called No Foam Chicago. We hope we can follow in the footsteps of the many communities of California (who as a state is pursuing a state-wide ban which will be voted upon in August- after recently passing the Senate) and propose and pass a ban city-wide in Chicago. What would the results be?

A majority of Chicago Public School children would no longer eat off Styrofoam trays (saving over 400,000 trays each day). This would end the threat of the students’ health and safety, as they eat hot meals off of Styrofoam even though the chemical styrene is known for leaching into food. It would also end the thought of 400,000 plus Styrofoam trays going in the landfill DAILY which would never biodegrade, EVER! But the students are only a fraction of the picture. Consumers alike would also share in the benefits.

Will you join me, and be a part of the solution??

Representation matters because it takes just one person to become the next generation’s inspiration. Representation builds community and nothing is more powerful than what we can do when we join forces. For Laxtinx Heritage month, here are a few content creators everyone should know about. Read through this blog and check out each content creator’s social media platform. Don’t forget to follow, subscribe, and leave a like on their posts!